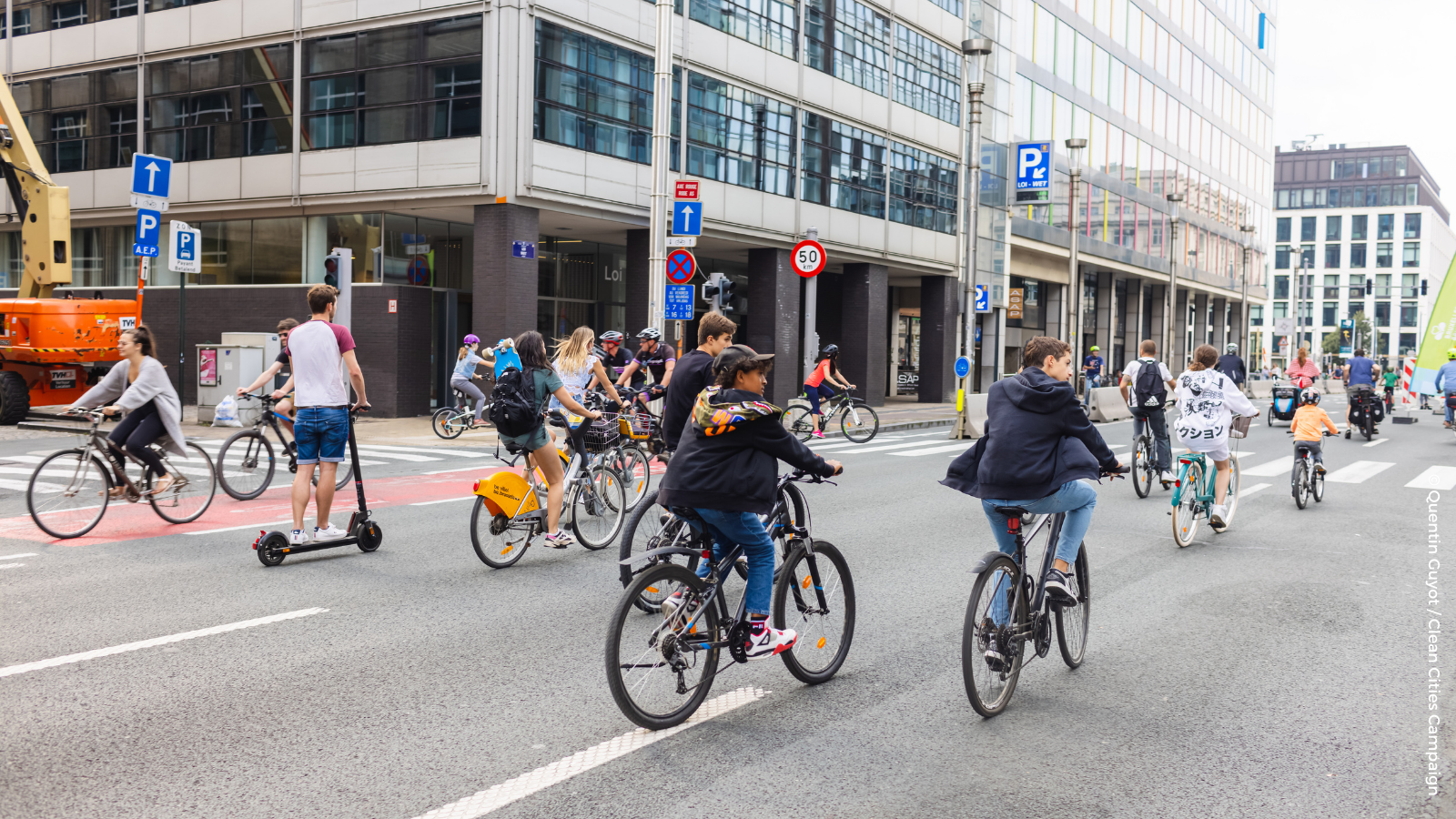 Hundreds of millions of EU citizens could see a rapid cut in their consumption of Russian oil if governments shifted the €16 billion currently earmarked for fuel tax cuts – public money to lower the cost of fuel – towards clean transport alternatives, a new study finds.

The calculation comes as EU leaders are discussing an embargo on Russian oil, and the European Commission just published its new “REPowerEU” plan that calls for free bike sharing and micro mobility, cheaper public transport and subsidies for bike purchases. [1]

Several EU governments are about to introduce or prolong fuel tax cuts [2], which would increase costs to taxpayers from the current €16 billion to €52 billion if these measures are kept in place until the end of the year.

However, fuel tax cuts are not only expensive but also ineffective as artificially lower prices incentivise more fuel consumption and profiteering oil companies will increase their prices in response. The measures are also socially unfair as the richest motorists receive eight times more public money than the poorest.

Instead, 2 in 3 EU citizens (300 million people) could receive free public transport passes for one month, or up to 194 million Europeans – the combined population of France, Germany, Ireland and Poland – could be enabled to purchase cheaper bicycles thanks to VAT reductions recently made possible by changes in EU tax law. [3] Alternatively, up to 2.2 billion free car sharing trips or 5.3 billion rides with shared bikes could be paid for.

The report was published by the Clean Cities Campaign, the European Cyclists’ Federation and the Confederation of the European Bicycle Industry and Cycling Industries Europe. It is based on the estimated costs of current fuel tax cuts and comprehensive data on the prices of bikes, public transport and shared mobility.

“Subsidising the use of polluting cars does nothing to reduce our demand for Russian oil which funds the war in Ukraine”, said Barbara Stoll, Director of the Clean Cities Campaign. “For the same cost, Europe’s governments can introduce measures that are not only immediately effective at curbing oil consumption but are also fair and sustainable. More cycling, walking and better public transport can pave the way towards a cleaner and more peaceful world where we’re not dependent on dirty fuels. It’s crucial that our politicians choose what’s right for their citizens and the climate, measures that no longer keep us hostage to dangerous regimes.”

Jill Warren, CEO of the European Cyclists’ Federation, stated: “European politicians have made promising statements and commitments for more cycling during the last year. We’re eager to see these commitments backed up by concrete changes in policy that can catalyse a shift towards more cycling throughout the EU. Fuel tax cuts won’t help Europe achieve its climate goals and improve mobility. Instead, cutting VAT rates and providing other direct financial incentives for cycling are easy and cost-effective ways to reduce CO2 emissions and dependency on Russian oil imports.”

Manuel Marsilio, General Manager at CONEBI: “EU and Member State actions to accelerate cycling can lead to high impact results. Current commitments to cycling in national allocations for the EU Recovery and Resilience Facility should be increased, including financing for cycling in national climate plans and EU structural funds. Safe infrastructure and direct financial incentives are among the most substantial ways to reduce reliance on fossil fuels for transport. The results that we are presenting in this document support the rationale of the recent RePowerEU proposal by the Commission.”

Kevin Mayne, CEO of Cycling Industries Europe, said: “Cycling is unique. During the pandemic we showed that no other sector can transform urban mobility faster than cycling. If Europe wants to get out of fossil fuel dependency rapidly then cycling is the fast track.”

Notes to the editors:

[1] On 18th May 2022, the European Commission published REPowerEU, a plan to rapidly reduce dependence on Russian fossil fuels and fast forward the green transition. The plan includes an ‘EU Save Energy’ communication that lists ‘win-win’ measures to be taken at local, regional or national levels (see chapter 6). These measures include:

[2] For example, new fuel tax cuts in Germany will kick in in June. Italy recently extended its measures. An overview of fuel tax cuts adopted in the EU has been prepared by Transport & Environment. The tracking tool is being updated regularly.

[3] An EU-wide reform of the rules for value added taxes (VAT) rates came into force at the beginning of April 2022. It allows member states to apply reduced VAT rates on the supply, rental and repair of bicycles, including e-bikes.

This press release is supported by:

Confederation of the European Bicycle Industry