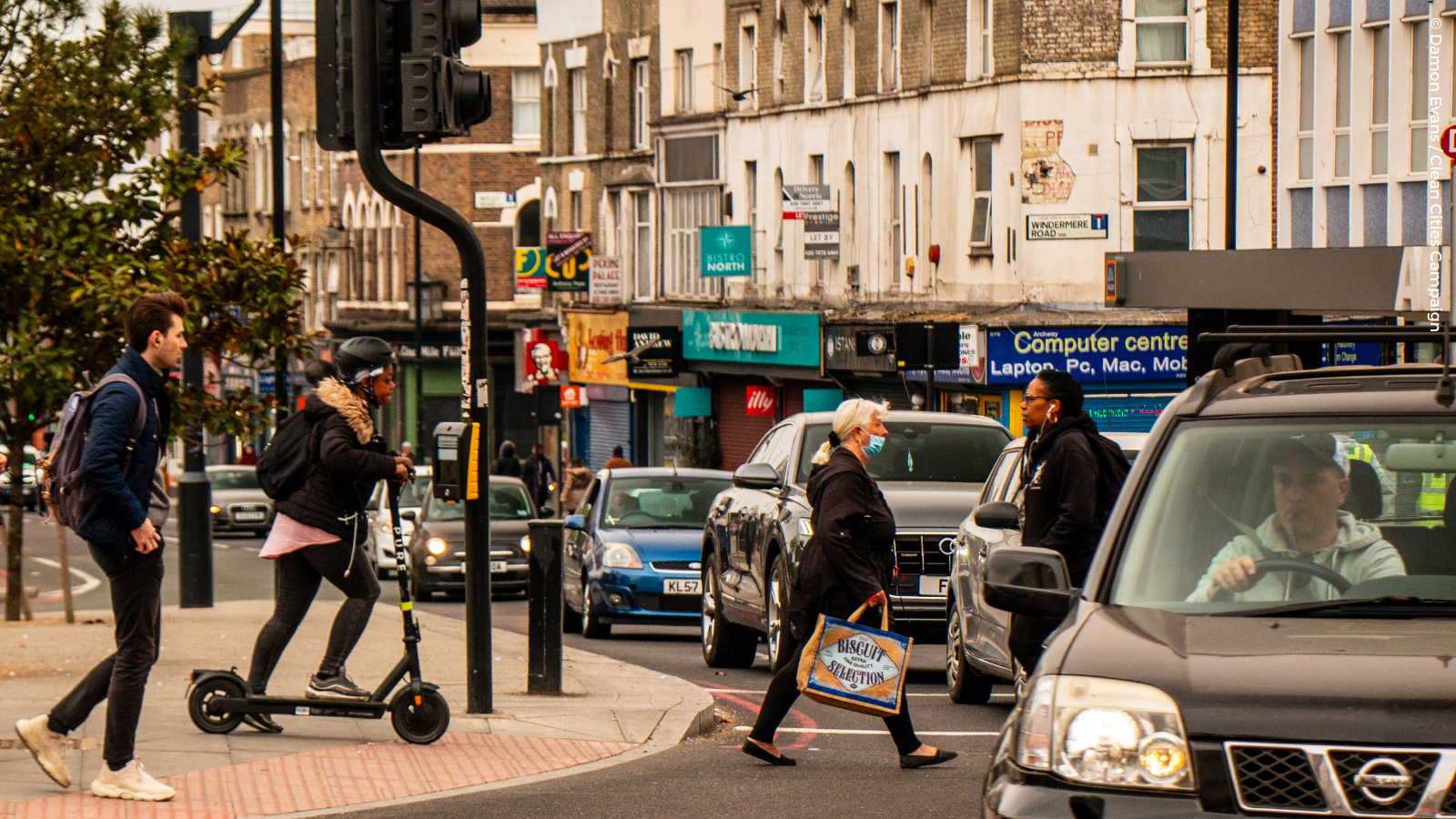 A new report commissioned by the Mayor of London, published today, outlines the action needed to reduce air pollution, tackle the climate crisis and cut congestion in the UK capital [1]. This constitutes one of the most significant announcements from any European city right now, committing London to a growing momentum to phase out polluting cars.

Amongst the targets is a reduction in car traffic by at least 27 per cent by the end of the decade, supported by a new kind of road user charging system. This would build on the city’s frontrunner reputation for Congestion Charging and its recently expanded Ultra Low Emission Zone. The report estimates that, right now, more than a third of car trips made by Londoners could be walked in under 25 minutes and two thirds could be cycled in under 20 minutes.

“This is one of the most significant announcements from any European city right now”, said Oliver Lord, UK coordinator of the Clean Cities Campaign. “No leader should declare a climate emergency and air pollution crisis and then skip the details, so I congratulate the Mayor and his team on this report.

With these plans, the Mayor commits London to a growing momentum to phase out polluting cars. We now need all actors to play their part – the London boroughs and this Government included – so that climate talk becomes the climate walk.”

Jemima Hartshorn of Mums for Lungs said: “ Today is a good day for London’s kids. The Mayor has re-emphasised his commitment to cleaning up the toxic air by reducing traffic dramatically during his current tenure.

Currently thousands of Londoners are still dying prematurely of illnesses linked to air pollution, but with the right schemes in London, this will be a thing of the past. We now call on the national Government to give the Mayor the powers and funds to future-proof London and follow his leadership in putting health first.”

Read the full press release on the Mayor of London’s website.