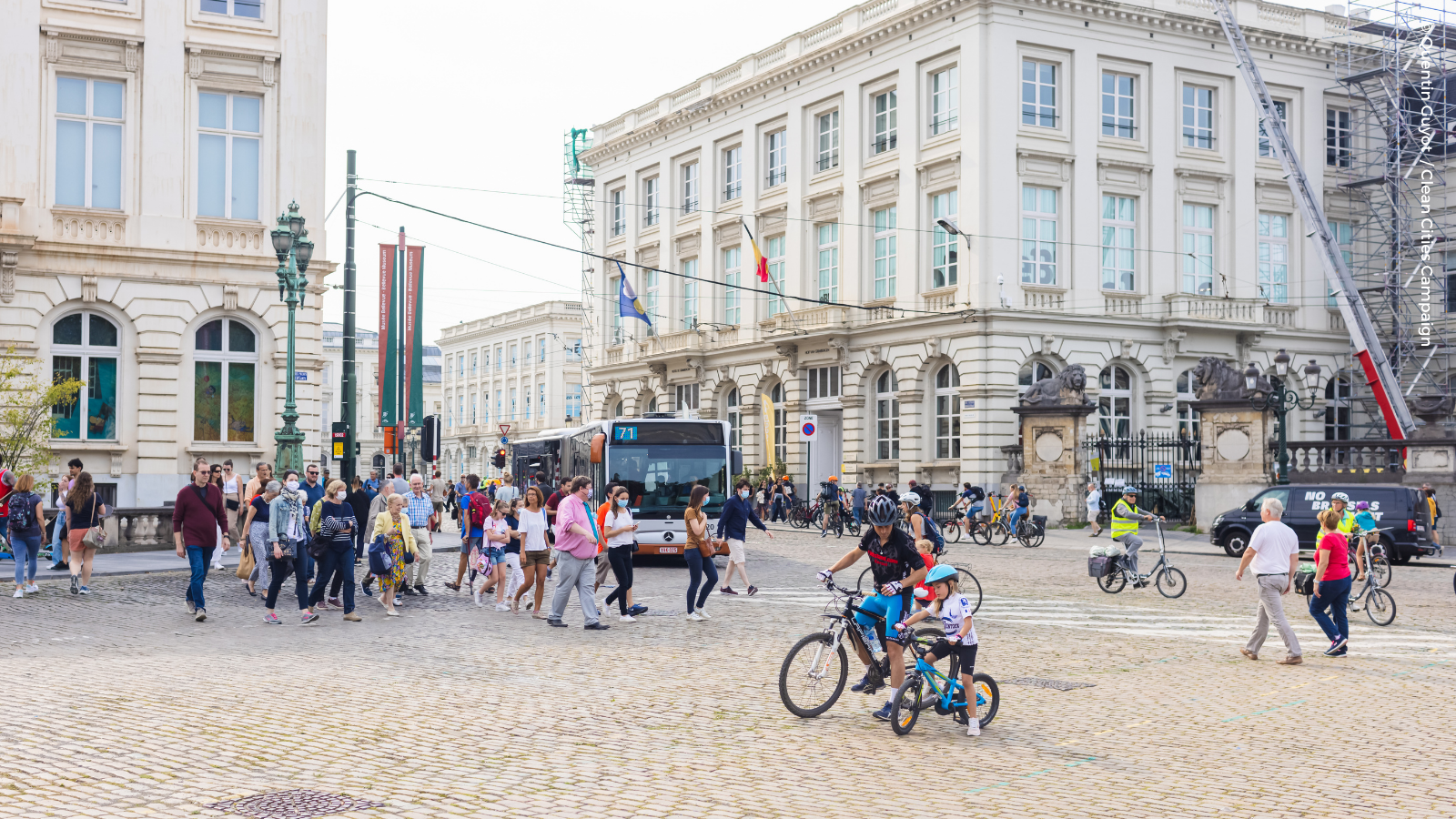 On Sunday 19 September, Paris and Brussels burst with new energy as the cities went car-free. The more than one million cars that drive through the French capital each day were replaced with hundreds of families, friends, lovers and tourists strolling along the Champs-Élysées or cycling through the Place de la Concorde. Bike-lovers and pedestrians reclaimed the usually car-clogged Rue Belliard in Brussels, hopping on and off free metros, buses and trams.

City roads usually crowded with toxic cars were given back to residents. Families took the time – and the space – to play and connect with their children and friends, enjoying each other’s company in the sun.

People, whether pedaling, hovering or on foot, realised how much better urban life can be without cars, starting with cleaner air. The levels of nitrogen dioxide (NO2), a pollutant mainly emitted by diesel and petrol cars, decreased by a jaw-dropping 86% around the EU quarter in Brussels compared to a normal Sunday. In Paris, these concentrations went down by 50% along the Haussmann boulevard.

For a day, city streets were cleaner, quieter and safer. Noise pollution was halved in Paris, and parents could watch their children play in the streets or take part in the cycling competitions organised for the day.

Translating a car-free day into the everyday

Residents of Brussels and Paris shouldn’t have to wait another year to experience a healthy, liveable, people-centered city – especially when several measures are already available to restrict car traffic and provide citizens with clean, healthy, alternative ways of travel. The low traffic zone, for example, which is due to be implemented in Paris’ city centre and also expected in Brussels’ city centre next year, will favour cleaner, people-friendly modes of transport over private cars. If accompanied by more cycling infrastructure, improved public transport and more walking paths, as it is already the case in Birmingham and Gent, this measure has the potential to transform these European capitals into truly liveable cities.

The car-free day showed us how urban areas built around cars can become healthy cities when people are given priority over cars. Let’s not wait another year to make our cities better places to live, breathe and move around.