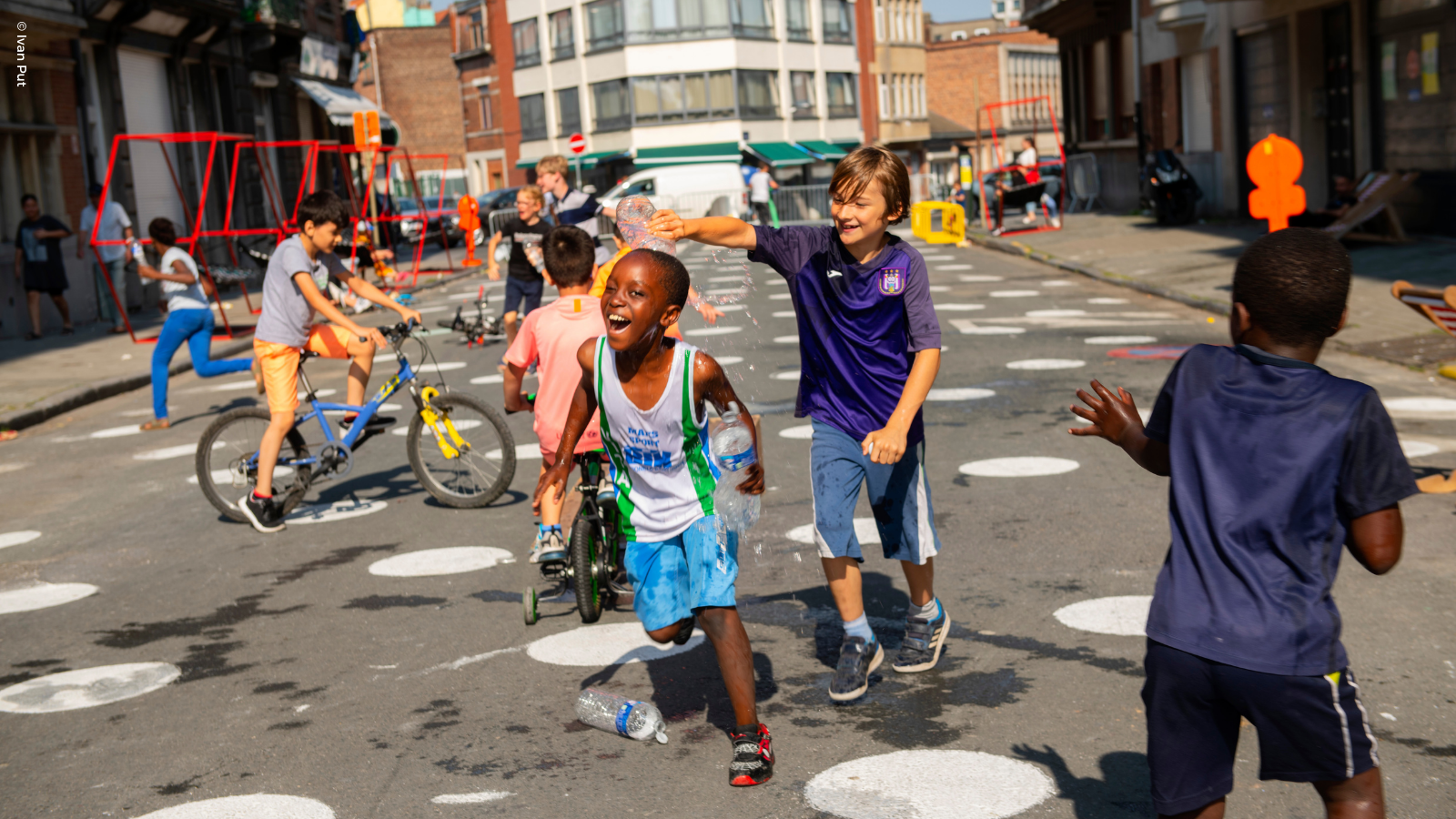 Find out how school streets can improve air quality for the benefit of kids & join us on May 6 for #StreetsforKids. We would love to have as many schools & groups as possible taking part! Register your event here

Today we celebrate the International Day of Clean Air for Blue Skies, an important reminder that everyone should be able to breathe clean air. This is particularly true for kids, who are amongst the ones suffering the most from the devastating effects of toxic air.

1 billion children are exposed to levels of air pollution that are harmful to their health and which tragically cause the death of many of them. According to the World Health Organisation (WHO), in 2016, 600,000 children died from air pollution related respiratory infections.

Poor air quality also stunts the growth of children’s lungs and worsens chronic illnesses such as asthma, lung and heart disease. Toxic air damages brain cells and may impair kids’ ability to learn, even before being born.

Diesel and petrol cars heavily contribute to it. Travelling to school by car puts children at risk of exposure to high levels of pollution inside cars as well as the emissions worsening local air quality conditions. In Barcelona, children breathe 20% of their daily air pollutants on their way to school.

The situation is even worse around schools where children are clustered at the start and end of the day. According to a recent investigation by HEAL, nitrogen dioxide (NO2), a pollutant whose main source in European cities is road traffic, was detected inside 50 primary schools in Warsaw, Berlin, London, Paris, Madrid and Sofia. In some classrooms NO2 concentrations were close to the annual EU legal limit and WHO guideline value of 40µg/m3. These data make it crucial to impose strict limits on traffic and cars idling around schools.

Since April 2020, almost 350 school streets have been created across London, while 150 have been delivered in Paris since 2019. By closing the roads surrounding the schools to motor traffic at drop-off and pick-up times, children benefit from more road safety and better air quality. For example, in London, school streets have cut polluting nitrogen dioxide levels by up to 23 per cent. Therefore, increasing the number of school streets is extremely important if mayors are serious about addressing dangerous levels of traffic congestion and improving air quality near schools.

Cities such as Rome are currently carrying out a trial at 17 schools but motorised traffic is restricted only one day a week there. In order to bring about long-term change, it could be beneficial to permanently close these streets to road traffic, which is already the case in several places in Paris for example.

Reducing traffic around schools can make a real difference to children’s health. This Clean Air day is an opportunity for mayors to support the creation of more school streets and show they are serious about tackling air pollution and protecting children.

It’s time to go back to school, not to toxic air.

Are you passionate about fighting for cleaner air? Do you want more (or better) school streets? Well, circle 6 May in your calendar and get ready to join the biggest European mobilisation for school streets. We will take to the streets in all major European cities, calling for #StreetsforKids! Stay tuned for all the details and use this form to register your own event.