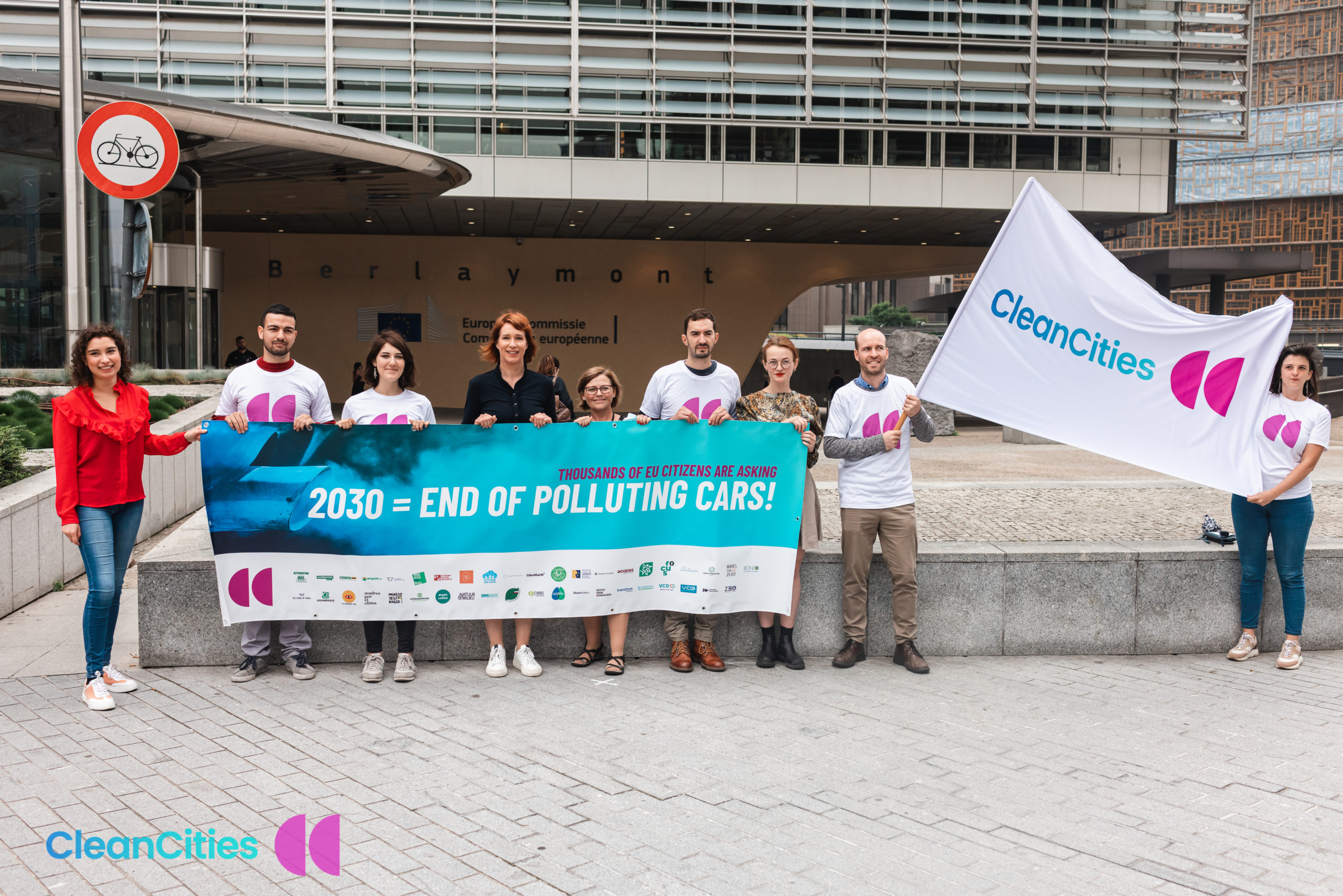 Tomorrow, on July 14th, the European Commission will propose what may well be the most important piece of legislation to end emissions and dramatically decrease air pollution from vehicles in our cities. The EU’s regulation on CO2 standards for cars and vans, which states how much cars and vans produced in the EU are allowed to emit, is being revised to help the EU meet its climate target of reducing greenhouse gas emissions by 55% from 1990 levels within a decade.

This is particularly important for cities. Currently cars and vans are the third biggest source of greenhouse gas emissions in the EU and 40% of Europe’s road transport related CO2 emissions comes from cities. Setting ambitious CO2 standards for vehicles that would allow only zero emissions vehicles to be sold in the EU, effectively ending the sales of fossil cars and vans, would significantly help fight the climate crisis in our cities.

It would also have a major impact on Europeans’ health. Fossil cars and vans are the single largest source (26%) of toxic nitrogen oxide (NO2) emissions, which cause chronic diseases such as asthma, chronic lung disease and cancer and the premature deaths of 54,000 Europeans every year. In cities like Paris and Brussels, more than half of NO2 emissions are due to road traffic. If only electric vehicles were to be sold in the EU, air pollution would massively decrease, resulting in cleaner air and healthier lives.

Recognising both the climate and health risks posed by fossil vehicles, more than 32,000 European citizens, supported by 40 organisations across Europe, have signed a petition calling on the EU to end the sales of new fossil cars and vans by 2030 at the latest. They are sending a crystal clear message to Brussels: there is no more time to wait. No more fossil vehicles should be sold in Europe within the next 10 years. They know that their health and the health of the planet is at stake and what they are asking for is the political willingness to take the urgent and bold measures needed.

The European Commission has a once in a decade opportunity tomorrow to stop dirty cars and vans from polluting the air we breathe and fuelling the climate crisis we live in. The question is: will the EU listen to the voice of its citizens and set the path for a better, cleaner and healthier future for all?