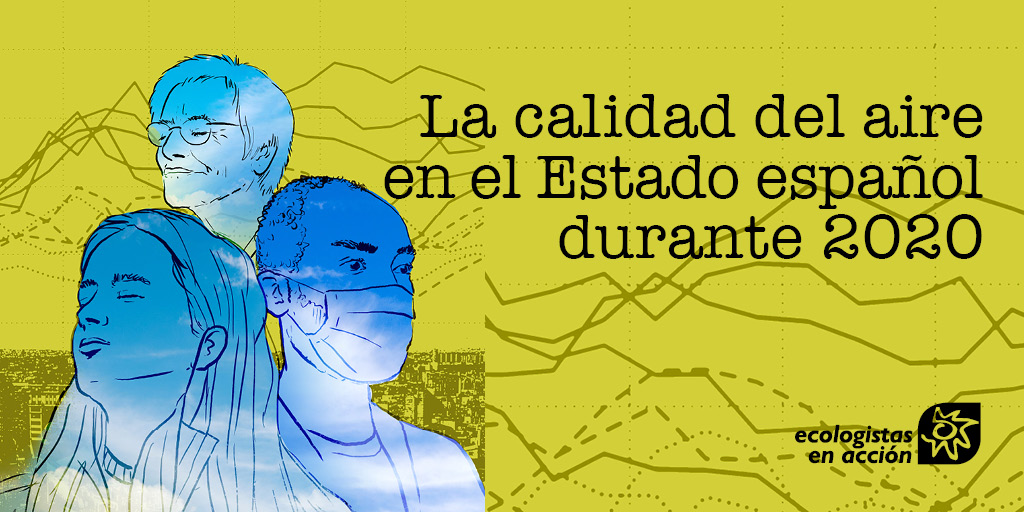 Madrid, 22 June 2021 – 42 million Spanish people (88% of the population) were still exposed to unhealthy air pollution levels last year, well beyond the limits recommended by the World Health Organisation, despite an unprecedented improvement in air quality during the pandemic. That is the main result of a new air quality report published today by NGO Ecologistas en Acción (1).

The key findings of the report are:

Carmen Duce, Spain Coordinator, Clean Cities Campaign said: “These findings clearly show that polluting vehicles pose a major threat to the health of Spanish people. Even at times when the circulation of vehicles was restricted and air pollution plummeted, road traffic still played a major role in polluting the air millions of people were exposed to.”

The report collected data from 800 official measuring stations across the whole of Spain.

The report findings, together with trends showing a surge in road traffic after the lockdowns, confirm that air pollution is clearly a major issue to be tackled in Spain. According to the European Environment Agency (EEA), toxic air causes an estimated 23,000 premature deaths in Spain each year. The health costs associated with air pollution in Spain are estimated at a minimum of 50 billion dollars a year, equivalent to 3.5% of the Spanish GDP.

Carmen Duce added: “The devastating impacts of air pollution have been overlooked for too long. Cities must now roll out low emission zones and set a path to zero-emission mobility to reduce traffic-related air pollution and protect the health of their residents”.

The full report and executive summary are available at this link.

Notes:
1. Ecologistas en Acción is a partner of the Clean Cities Campaign, a European coalition that aims to encourage cities to transition to zero-emission transport by 2030
2. All air pollutants were found to be above the limits recommended by the WHO: https://www.who.int/news-room/fact-sheets/detail/ambient-(outdoor)-air-quality-and-health.
3. The Henares Corridor is the most important logistics Hub in the Madrid influence area due to its connection to Zaragoza, Barcelona and France.
4. Asturias, Barcelona, León, Madrid, Murcia, Sevilla, València, Valladolid, Zaragoza